The Hall of Fame recognises the outstanding achievements of former students of St Bede’s College.

Nominations for the Hall of Fame close at the end of September in the year preceding the event. The Hall of Fame is held every even year. If you wish to nominate a former student to be considered for induction to the Hall of Fame, please download the form below.

Hall of Fame Inductees and Citations

Father Tom was a renowned boxing coach, even reaching an international level of skill as a referee. He was chosen to be a boxing referee for the 1982 Commonwealth Games.  Fr Tom was also equally well known for his vintage car collection and appreciation for antiques. His hobby of rebuilding and restoring vintage cars was a source of great enjoyment for him. He also had a flair for the artistic, enjoying acting, painting, sketching and cartooning.

He started out in television in 1969 as a stagehand with the ABC. Tony was a founder member of the COUNTDOWN Team with Molly Meldrum as its host and produced and directed many of the music shows during the 70’s and 80’s.  He produced and directed VFL, football, motor racing, tennis, swimming, golf, basketball and gymnastics and in 1982 was the producer/director for the Brisbane Commonwealth Games. After 17 years with the ABC Tony resigned to take on the challenge of Freelance producing and directing.

Over the next 17 years he amassed over 5500 flying hours in Iroquois, Sea King, Gazelle and Seahawk helicopters making him one of the most experienced serving naval aviators.  He flew on four Australian Naval Air Squadrons and spent time on exchange as an instructor pilot with the Royal Navy’s 705 Squadron. He commanded 805 Squadron in 2000-01 and the Fleet Air Arm in 2008-09. Dalton was promoted to Rear Admiral in 2012 to head the DMO’s Helicopter Systems Division, responsible for the acquisition, sustainment and disposal of all the ADF’s rotary-wing and tactical unmanned aerial system assets.

He started at St Bede’s in 1986 before graduating with his VCE in 1991. By combining the dictum of medicine to “prolong life and ease suffering” and the mantra of many engineers “to make it happen” the idea of the Heart Bus was born – bringing lifesaving medical care to outback Australia.  Earlier this year, Heart of Australia received Federal Government funding of $12million to support 2 Heart buses and assist to provide a third service. The mobile specialist’s clinics aim to deliver 930 clinic days a year, see up to 18,000 patients and service 25 communities each month across Queensland.

Peter was awarded a National Health and Medical Research Council scholarship to perform a PhD at the Walter and Eliza Hall Institute. He has been a consultant Nephrologist at the Royal Melbourne His research interests include transplanting across immunological barriers, thrombotic microangiopathy and complement mediated disease. Dr Hughes has many medical publications and is an Associate Professor at Melbourne University.

After enjoying plenty of success on the soccer pitch during his time at St Bede’s Eugene started his career with the Morwell based National Soccer League side the Gippsland Falcons as a 19-year-old in December 2000 before signing with South Melbourne the following season.  Eugene played 12 games representing Australia as a Socceroo. 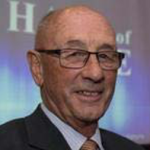 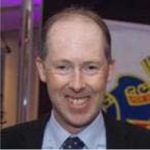 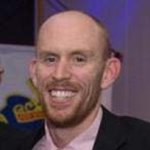 two time Paralympian, two gold medals at Sydney 2000 and a silver medal in Athens 2004. In 2001, Kieran was awarded an Order of Australia Medal for services to sport. 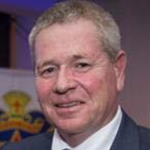 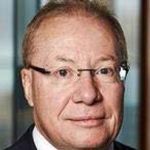 Appointed judge of the Federal Court in 2005. Has since retired from the bench. 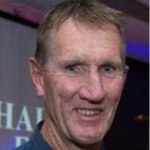 past AFL footballer with 99 games for Hawthorn including 2 Premierships and 28 games for Brisbane Bears. 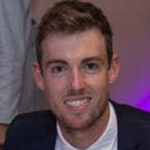 Professional golfer and winner of 2015 PGA. 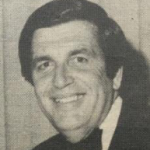 Former Lord Mayor of Melbourne (1979-1980) and member of the Melbourne City Council. During his term in office, Ralph was instrumental in the development of Melbourne’s “cafe culture” with the approval of the first outdoor cafe in the city . 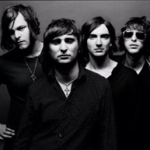 Chris Cester (Class of 1999) and Cameron Muncey (Clas of 1995) JET’s debut album enabled them to score a recording contact in the USA in 2002. While there recording, JET were invited to support The Rolling Stones on their 2003 tour of Australia. There track Are you gonna be my girl? Was #1 on Triple J’s to p 100 and its video won Best Rock Video in the USA. The band broke up in 2012. 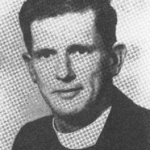 A lifetime of service as a De La Salle Brother, Br Bede entered the Juniorate in 1950. His work in many school communities throughout Australia and in particular Papua New Guinea has been extensive and varied. He is held in very high regard by local tribal leaders in PNG and his work is honoured by Rotary’s highest award. He has also been awarded the Order of the British Empire and was l last year named Volunteer of the Year by his peers for his work with St Vincent De Paul’s in Melbourne. 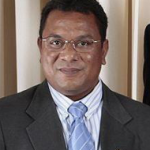 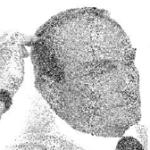 A pioneer of ultrasound techniques in Australia, bringing extensive knowledge with him after further study in London and Russia, Stan was the founding President of the Australia Society for Ultrasound Medicine and Medical Director of the King Edward Memorial Hospital in Perth. He was also Commodore of the Royal Perth Yacht Club during Australia’s successful campaign for the America’s Cup. Stan was WA citizen of the year in 1987 and became a member of the Order of Australia in 1988. 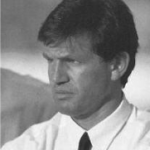 Recruited to Hawthorn in 1978, Peter played over 195 AFL senior games with both Hawthorn then St Kilda. A member of two Hawthorn Premiership sides, he also represented Victoria against SA in 1985. Peter was full time coach at the Melbourne Football Club, coaching the reserves to a premiership in 1993 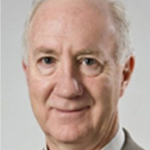 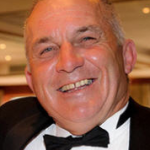 Played 182 games with Melbourne and St. Kilda in VFL/AFL. Acted as fitness adviser, skills coach, injury rehabilitation adviser and psychologist for various AFL clubs, as well as a statistician and a football commentator; much advocacy work for youth involvement in sport, particularly in East Timor in recent years. 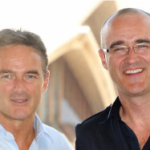 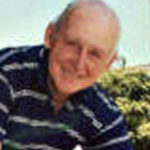 A revered economics teacher at the College for many years and a talented sportsman. Leo graduated B. Comm. from Melbourne University in 1956. Taught at Moorabbin and Sandringham Technical schools before returning to St. Bede’s, where he taught from 1962 until 1993. Published the highly commended History of St Bede’s and its McCristal Origins, followed by History of Mentone. 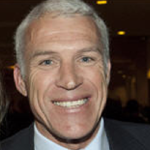 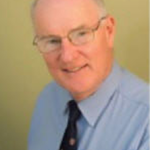 Graduated with Honours in Medicine, completing his training in Ophthalmology at the Royal Victorian Eye and Ear Hospital. A fellowship in diseases of the front of the eye. Studied at Harvard University. Senior Staff Specialist and Chairman of the Eye Section and the Senior Medical Staff at the Eye and Ear Hospital. Author of an internationally used textbook as well as founding director of the Victoria Parade Surgery Centre, Australia’s largest eye day surgery centre. 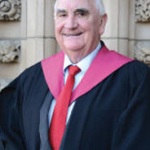 A Salesian Brother, he taught at Salesian College, Chadstone from 1966 to 1973. Appointed Principal of Salesian College, Brooklyn Park in South Australia, 1974 – 81. A Masters degree in Education at Harvard University in 1983. Since 1997, Director of the Salesian Missions Office, supporting aid and development in Salesian schools and parishes in East Timor, Samoa, Fiji, Solomon Islands, Vietnam, Cambodia, Mongolia, India, Sri Lanka and Pakistan. Fr Robert McCulloch (1963) Missionary in the Columban order. Since 1978, has committed his life to poverty stricken communities of Pakistan. Awarded the highest possible civilian award by the President of Pakistan in 2012, for his “Services to Health, Education and Inter-Faith Relations”. 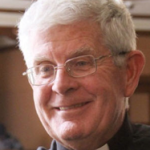 Completed a Doctorate in Chemistry at Oxford; heading the School of Chemistry at Melbourne University 1986 -1990; co-authored chemistry text books which revolutionised teaching; Chief Examiner and Chief Assessor of Year 12 Chemistry. Awarded Order of Australia Medal for his contribution to chemistry education in 2012. 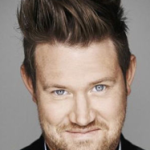 Multitalented entertainer, including work in television, theatre, cabaret and writing/composition. Shane Warne: the Musical is arguably Eddie’s best known work. Appeared in Babes in the Woods; Keating! The Musical; the Threepenny Opera; Spicks and Specks, Good News Week and Offspring. His solo show Misanthropology earned him the 2011 Helpmann Award for Best Cabaret Performer. 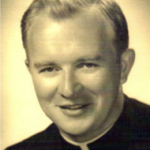 Former College Captain, ordained a priest in 1956, Executive Director of the 40th Eucharistic Congress in 1973. Appointed Prelate of Honour to Pope Paul VI. Received the Order of the British Empire, presented at Buckingham Palace. National Director of the Papal Visit to Australia in 1986.

became His Honour Justice Kevin Bell of the Supreme Court of Victoria. Was appointed President of the Victorian Civil and Administrative Tribunal.

became Honourable Justice Cavanough of the Supreme Court of Victoria. Was also a Commissioner with the Human Rights and Equal Opportunity Commission for three years.

became Australian record holder, Australian Champion and Olympic representative in the 1976 Olympics in the 200 metres semi-finals.

At the age of 19, he was already on the Australian Jazz scene working with Graeme Bell and Frank Johnson. ‘Smacka’, entertainer and Australia’s King of Jazz, brought laughter and joy to Melbourne.

became a Professor and written many scientific papers. Was named Australian of the Year 2007. Has taught at Harvard, Adelaide, Macquarie and Monash and is a research scientist at a range of Universities.

played Sheffield Shield cricket and professionally in the UK. He became Victorian selector and Manager of the VCA.

Australian football (soccer) Defensive Midfielder who played for Blackburn Rovers in England’s Premier League and for the Australian national team, the Socceroos.

Olympian representing Australia in the 100m and 200m backstroke and in Atlanta winning a Bronze Medal. Established his first learn to swim centre.   Gerard Healy (1973-1978) Footballer and Brownlow Medallist in 1988. Now in the media and selector of Victorian and Australian teams.

Well known professional Australian cricketer. His highlight was 203 not out against South Africa.

Well known horse trainer who trained Caulfield Cup and Group One winners. He was strapper to Melbourne Cup winner Rising Fast and trainer of Manikato.

Professional golfer. He was part of the International Team that took on USA in the Presidents Cup. Won two Australian Masters and a Tournament Players Championship. Represented Australia at the World Cup in 1996 and 1997.

Was Victorian and Australian Junior Sprint and Time Trial Cycling Champion. Received a Gold Medal in the Melbourne Olympic Games in the 2000 metres Tandem.

Lost his sight as an infant and earned a place in Law at Monash. Has a Bachelor of Jurisprudence and a Bachelor of Laws. Is Dean of Law Faculty at Sydney University. Awarded an Order of Australia.

Graduated with a degree in Civil Engineering with honours. His engineering credits include The National Gallery, Rialto Towers, Collins Place, MCG Great Southern Stand and Project Manager after the Tsunami.

Graduated BA (Hon) from Monash and completed a PhD at Deakin University. Author of ‘Keeper of the Faith: A Biography of Jim Cairns.

Graduated with a Bachelor of Jurisprudence in 1970 and Bachelor of Laws in 1972. Was appointed QC in 1997. In 2002 became Judge of the Family Court of Australia.